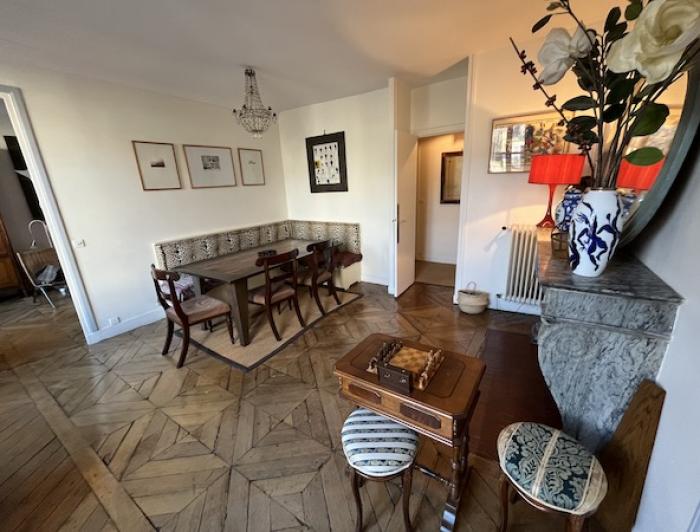 Family apartment for a couple with two children (or 2 young adults).

By staying in this 3-bedroom apartment, you will be in the Vivienne district, in the 2nd arrondissement, between the Quatre-Septembre, Opéra, Richelieu-Drouot and Bourse metro stations.

The Bourse station is less than 4 minutes away on foot.

The rooms are composed as follows:

There are two bathrooms each with W.C.

The kitchen is fully equipped.

The TV is in the living room.

You can take all your meals in the dining room around the family table.

Rue Vivienne was first a Roman road leading to Saint-Denis, lined, according to the custom of the ancients, with graves of which many debris have been found.

Rue Vivienne remained a road through fields throughout the Middle Ages. A few houses were built there in the 16th century. It then took its name from the Vivien family who owned land there. The road became a street and really began to be inhabited when the construction of the Palais-Royal pushed back the ramparts of Paris to the Grands Boulevards.

Taxes and charges are included in the price.
The booking will be fully confirmed after payment by VISA ou MasterCard card of 10% of the total cost of the stay which represents RentParis' commission.
Payment of the balance should be made on arrival at the apartment by bank card: VISA or MasterCard
Read the terms and conditions
You can see the availability for this apartment by clicking on this link. 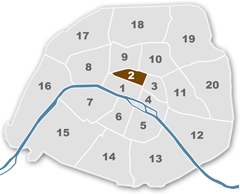 You will be welcomed by :